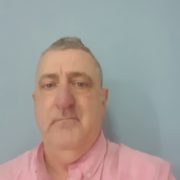 Alan Trewhitt has secured the Warrington territory for his Rosemary Bookkeeping business and will begin helping business owners with their bookkeeping as early as next week.

Having spent over thirty-four years in accounting roles working for other people, Alan decided in June of this year that he would like to work ‘for himself, but not by himself’ and therefore contacted our Franchise Sales team to see what our franchise had to offer. Whilst our franchise opportunity doesn’t require new owners to have any prior experience or qualifications in finance, Alan had thirty-four years’ experience, and for this reason chose to invest in something that he was comfortable with and went on to explain that;

“There are no other businesses out there like Rosemary Bookkeeping. They leave accountants to do what they need to do.”

Alan spent a little over a month completing his due diligence, before making the decision to join our franchise and secure a place on our September training academy.

It was no surprise that our training academy would be a little different for Alan because of the necessity to social distance due to Covid-19. In an effort to keep Alan and our team as safe as possible, as a business first, we opted to hold the whole academy virtually, so that all parties could attend the academy from the safety and comfort of their own homes.

The academy was held over five days via our Microsoft Teams software which allowed for all members of the team to hold engaging workshops with Alan on all of the business disciplines required to operate his new venture.

Alan decided to go in to his new venture to give him more flexibility to spend time with his family, in particular his treasured Grandson. Rosemary Bookkeeping provides a flexible lifestyle because the business can be operated from anywhere, anytime of the day- or night for that matter! Alan will be able to fit in his business around his family.

His plans aren’t for a steady career though, Alan hopes to scale up his business over the coming years in to a multi-territory operation. This is something that we encourage and fully support Rosemary Bookkeeping franchise owners in doing.

If you would like to join Alan in building your very own scalable Bookkeeping business with a Rosemary Bookkeeping franchise, chat to our Franchise Sales team today on 0116 275 9005.

Is now the right time to start a business?
Scroll to top